You are here: Home / YouTubular Conversations / YouTube scratches a Twitch and Goes Mobile — YC Ep 7 (news)
Ever since the Twitch gaming network went to Amazon not Google, YouTube has been building up their gaming pretense. On Sept 17 in Tokyo Ryan Wyatt YouTube's head of global gaming content announced support for mobile live streaming. 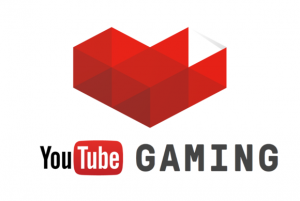 Like televised sports there is play by play and color commentary… typically provided by the person who is playing the game… which can be very interesting since you gain some insight into what they are doing, thinking or planning.

Google’s previously available gaming platform allowed desktop gamers to live stream their games, and allowed any users with a web browser to watch both pre-recorded and live gaming.

There are 100’s of games out there and the quality of the “game play” varies by title and by skill of the player. Last week I reported on how popular YouTuber TDM uses Minecraft to create videos that are really mini stories or mini movies; entertaining while showing off gaming prowess.

This comes on the heels of other mobile streaming announcements in the past few months including services like Blab, Periscope and Meerkat. The services are analogous other than one offers video from a camera whereas the offers video recorded from a device’s screen.