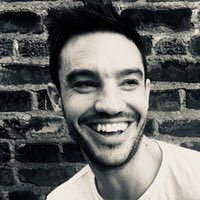 Interview with Simon Armstrong about Marketing to Gen Z travelers.

Simon Armstrong was born in York, United Kingdom and grew up in the Northern English Counties of Yorkshire and Lancashire before studying at the University of Liverpool and University of Central Lancashire. Following his graduation, Simon worked as a Sports Journalist at the Press Association, but at the age of 23 he succumbed to his desire to teach and travel.

Working as an ESL, English Language and Literature teacher and Coordinator, he worked at international schools in Indonesia, Switzerland, Brazil and Canada before settling in Prague, Czech Republic. In the Ancient Czech capital, Simon also discovered tour guiding on the weekends as a means to satisfy his thirst for history and showmanship.

This foray into the travel and tourism industry, combined with his extensive knowledge of the International Baccalaureate program led him to establish CAS Trips in 2013.