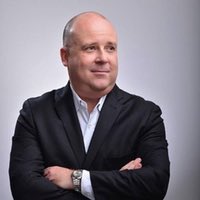 Interview with David Brodie talking about the use of Virtual Reality in the Tourism space. David and his team were one of the first agencies to use the technology to promote travel and tourism.

David Brodie brings 17 years of communications experience to clients providing strategic counsel to some of the best-known brands from around the world. He has led the team at Citizen in Vancouver, Canada since 2011, with the agency having been named Canadian PR Agency of the Year by the Holmes report in 2013 and Canadian PR Silver Agency of the Year by Strategy Magazine in 2015 & 2016.

His work at Citizen has included leading innovative and award-winning campaigns for leading global travel brands such as Tourism Australia, Destination British Columbia, Tourism Queensland, Tourism Anaheim, Princess Cruises, Rocky Mountaineer, Emirates and Travelocity. A campaign he led on behalf of Destination British Columbia won a Global Platinum Sabre Award for Best Travel and Tourism Campaign of 2014 and was named one of the top 50 Global PR campaigns of the year by the Holmes Report.

He has travelled to over 40 countries around the world and lived and worked in Japan, Australia and the US . In 2005 he created one of the world’s first travel podcasts Travel in 10.

Thanks to Ragan Awards for sponsoring this episode. Use the code TRAVEL to save 25% on the following: