This show, YouTubular Conversations features a weekly interview or discussion plus twice weekly short news coverage of the YouTube eco-system. This is the first news segment. News segments will be “recorded live” and released every Saturday and Tuesday. The interviews/discussions are released on Thursdays.

This week I talk about two very different types of music releases on YouTube. 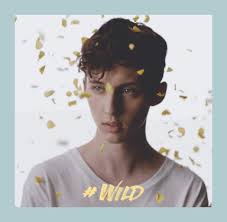 Troye with art from the “Wild” App

My first story is about Indian (Tamil) Rapper Sofia Ashraf who released a protest video aimed at Unilever. This topic was previously covered in the Digital India Podcast by Suresh Babu. Sofia’s video now has 3.2 million views and has the potential to breakout of India. Sofia is protesting the perception that Unilever has failed to clean up Mercury toxicity from an old thermometer  plant in the Kodaikanal region. The song is called Kodaikanal Won’t! Sofia shows off the real power of YouTube to play a role in the political arena. How the power of YouTube can put a largely local/regional issue in front of a larger international audience. The conflict in Kodaikanal has been long standing and Unilever had an official message about this issue published prior the the video: read here. Four days after the release of Sofia’s video there was an additional response by Unilever (August 8, 2015 release), and another release dated August 14, 2015.

My second story is about Troye Sivan and how he has turned his South African film roles (Spud, Spud 2, and Spud 3) and his love of singing into a personal platform on YouTube with more than 3.2 million subscribers (an increase of 1.2 million over the last 13 months). Since starting the channel in 2007, he has earned more than 195 million views and legions of loyal fans.

Troye is famous for being a young and out gay role model (5.7 million views) and known for his YouTube collaborations “Collabs” with other famous YouTubers including Tyler Oakley and Connor Franta.

Troye is releasing an EP and a cluster of music videos that will present a gay coming of age story. Telling the story across more than one video shows off the power of linking videos and stories: If you like and watch one, you will want to watch them all, plus the back story, the making of video, not to mention all the trailers and teasers, Etc. A Troye Sivan fan using the Wild Art work on their own picture.

Although the world of “gay acceptance” has evolved since 2007, it is still notable that many famous Hollywood actors are rumored to be LGBTQi but choose not to out themselves. Troye by building his own out and proud platform has, perhaps, far greater control over his destiny.