You are here: Home / FIR B2B / Fir B2B #44: Microsoft’s LinkedIn Gambit; Predictive Analytics for the Rest of Us 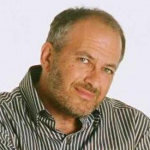 This week we welcome David Strom (right) as the new co-host of FIR B2B. Dave replaces Eric Schwartzman, whose new job doesn’t permit him the time to continue on a regular basis. We hope Eric will continue to join us occasionally.

The big news this week is that Microsoft is buying LinkedIn for $26.2 billion, or nine times LinkedIn’s annual revenues. Executives from both companies enthused about the potential of the deal during this morning’s analyst call, saying that the ability to mix LinkedIn’s rich member profile information with Microsoft’s analytic and workflow tools will be a game-changer for big data-driven customer engagement.

On the other hand, it could be an expensive distraction for Microsoft at a time when it really needs to focus on its business turnaround. Most people seem to think LinkedIn got a good deal in selling out for all cash and retaining most of its independence as a Microsoft operating unit. The jury is still out on whether Microsoft fared as well. The company has a mixed track record in acquisitions and a poor one when it comes to big purchases. The CEOs of both companies were positively effusive about the deal’s potential in their analysts call, however.

Our co-hosts are split. Paul sees a lot of upside for Microsoft if it can realize even part of the vision it outlined this morning. David thinks LinkedIn’s data quality issues and rocky relationship with developers could be a pothole. We shall see, right?

Darian Shirazi founded Radius Intelligence Inc. in 2009, when he was just 22 years old. Previously, he was one of the first employees at Facebook, where he worked directly for CEO Mark Zuckerberg. At 29, he is already a well-respected CEO in Silicon Valley. Radius sells predictive marketing tools and services. It  maintains voluminous amounts of information about some 22 million businesses that it analyzes to help its marketing customers identify their best prospects.

Predictive marketing begins with traditional “firmographic” data, Shirazi tells us, but then combs through large amounts of data from many prospective customers to compare them to the characteristics that marketers identify as ideal customers and find the best prospects. Radius also helps marketers better focus their marketing campaigns and hone their messages. Follow him on Twitter.