This week we discuss case studies — both ones we’ve written and others we like. The best case studies are really about the storytelling, having a solid narrative arc with a beginning, a resolution and a moral. They bring to life a hero – or in some cases an anti-hero – and describe the drama that led up to a crisis point and how the situation was resolved. The best ones are simple, don’t burden the reader with needless details and have a news hook that makes them compelling during the time surrounding their online posting.

David’s own story about the Avast CISO Jaya Baloo, who faced a security breach on her first day on the job, was instructive at showing the conflicts over how to respond to a breach and how to rally her staff to fix the problem, but it also provided insight into her personality and her leadership strengths. Paul’s story about the rise of Domino’s Pizza from whipping post to Wall Street darling starts out by describing customers who described Domino’s’ product as tasting like cardboard. It’s an unusual way to start a story but a nice narrative for a turnaround. The chain took control over its digital technologies and saw a 50-fold increase in its stock price as a result.

Sometimes stories – like Paul’s piece on J.C. Penney’s attempted turnaround – don’t bear the test of time. While Penney’s tried to restart its brand with members of a team that led the successful digital transformation at Home Depot, the story shows that sometimes hope is not the best marketing strategy.

And sometimes stories have anti-heroes at their core, as this piece that Kaspersky ran last year about the increase in the number of cities that have suffered ransomware attacks. It drew our attention as a reminder of how devastating these attacks have been, and why they continue to be attractive to hackers, using storytelling as a hook. 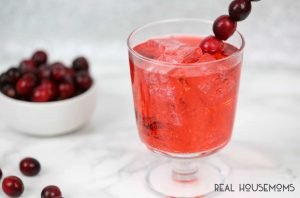 Finally, case studies can have a visual element, as this piece on rebranding cranberries for the millennial generation did. The folks behind marketing this seasonal fruit used the fascination that millennials have with taking pictures of their food to put together a nice social media campaign last Thanksgiving that moved what many consider a boring traditional dish into the spotlight.