You are here: Home / For Immediate Release / FIR #9: Media Relations? There’s An App For That

Welcome to episode #9 of For Immediate Release. This week’s panel includes Nora Ganim-Barnes, who leads the annual research into social media use among the Fortune and Inc. 500 for the University of Massachusetts, Dartmouth; Peter Himler, founder of Flatiron Communications in New York; and Ron Ploof, former head of social media for Epson, the podcaster behind Griddlecakes Radio, and creator of the StoryHow Pitch Deck.

On the show this week, we shared our views on the following topics:

Links to the source material for this episode are on Delicious.

Join us next week for our 10th episode. Joining me on the panel will be PR educator and consultant Barbara Nixon, GaggleAMP founder and president Glenn Gaudet, and social media and PR consultant and trainer Philippe Borremans.

About this week’s panel 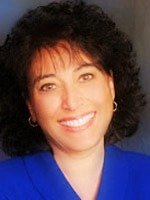 Dr. Nora Ganim Barnes earned a Ph.D. in Consumer Behavior from the University of Connecticut and is a Chancellor Professor of Marketing and Director of the Center for Marketing Research at the University of Massachusetts Dartmouth. As Director of the Center for Marketing Research, Nora has provided services in brand and product development, research, promotion, and commercial television production to hundreds of clients. The Center serves as the primary link between the University and businesses in the region. Prominent members of the business community sit on the Center’s Advisory Board and interact with students through the projects conducted under her supervision. Nora has published over 125 articles in academic and professional journals and proceedings, and has contributed chapters to books. In addition she has supervised the writing of approximately 200 business monographs. She is a frequent presenter, session chair and track chair at academic conferences and sits on the review boards of the Health Marketing Quarterly, the Journal of Professional Services Marketing, and the Journal of Marketing Management.

Peter Himler  is a veteran agency executive who has led the media practices at some of the more esteemed global firms including Edelman, Burson-Marsteller, Cohn & Wolfe and Hill & Knowlton. He left the big agency world ten years ago to form Flatiron Communications LLC to help established and emerging companies capitalize on the latest technologies and strategies taking hold in the communications industries. Today, Peter comfortably straddles the worlds of traditional PR, content marketing and digital communications, frequently lecturing and writing about the two on his blog and for Forbes.com. He also owns and edits a publication on Medium called “Adventures in Consumer Technology,” which now has 32,000 followers. He maintains an active engagement in the social media graph, i.e., Facebook, Twitter, Google+, Pinterest, Quora, LinkedIn, Instagram, RebelMouse, and (far) too many others. He serves as president of the Publicity Club of New York and has advised Social Media Week and the Center for Communication. He sits on the Board of Advisors of the Communications & Media Studies Program at Tufts University, from which he holds a BA in Political Science and French.

Ron Ploof is a 25-year veteran of the high-tech electronics industry. His interest in social media began in 2005 when he launched one of the world’s first indie storytelling podcasts called, Griddlecakes Radio: Exploring the Lost Art of Audio Storytelling. He co-founded a social media consulting firm in 2008 and was the manager of social media for Epson America from 2012 to 2015. But his first love has always been to use storytelling as a communications vehicle. He’s produced an audio book about the American Revolution and written a job-skills book as a novel. His most recent project, The StoryHow™ PitchDeck, is a deck of playing cards that helps business people convert their ideas, messages, and presentations into memorable narratives.