You are here: Home / For Immediate Release / FIR #79: Ads, Algorithms, Rants, the Oxford Comma, and… who defines “offensive” content?

Shel Holtz was away on travel and so FIR correspondent Dan York stepped in as a guest host. Chip Griffin and Jen Phillips joined Dan for this week’s episode, which covered these stories…

This was also the first-ever “Made in New Hampshire” episode of FIR, with all three participants being in NH.

Connect with our guests on Twitter at @chipgriffin and @jenzings.

Links to the source material for this episode will are available on Contentle.

Join the FIR Gaggle for a chance to get a free copy of J. Kelly Hoey’s book, “Build Your Dream Network.” 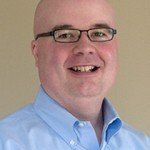 Chip Griffin, host of Chats with Chip and the Media Bullseye Roundtable, brings more than two decades of experience in the public relations arena, including service in public and private sector organizations. Chip is an entrepreneur, communicator, and writer. He currently serve as North American CEO of CARMA, a global media intelligence company with a presence in 43 countries worldwide. In his free time, Chip is an active American University alumni volunteer, as well as a baseball umpire and basketball referee. Chip lives in New Hampshire with his wife and two sons. 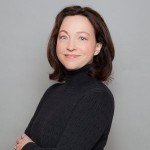 Jennifer Zingsheim Phillips is the principal at 4L Strategies, consulting and providing content development for a variety of industries. She has worked in communications and public affairs for 20 years. Her background includes work in electoral politics, government, lobbying, and public affairs PR work. Jen lives in New Hampshire. 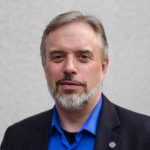 Dan York has contributed a weekly “tech report” into the For Immediate Release podcast since 2005. A passionate advocate for the open Internet, Dan serves as Senior Manager, Content and Web Strategy, for the Internet Society, a global nonprofit organization dedicated to ensuring the open development, evolution, and use of the Internet. Since the mid-1980’s Dan has been working with online communication technologies and helping businesses and organizations understand how to use and participate in those new media. Dan frequently presents at conferences, has authored multiple books and writes extensively online at sites found off of http://danyork.me/ Dan lives in New Hampshire with his wife and two daughters.

Dan York focuses on explaining the changes going on all around us within communication technology and practices. In addition to producing FIR on Technology, Dan is a long-time contributor toThe Hobson & Holtz Report. Full bio