In this episode, host Rich Klein is joined by worldwide digital  marketing expert Krishna De to discuss the rapid growth of live streaming in the past two years. She talked 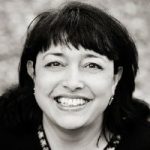 about Periscope, Twitter, YouTube and other apps that are being used by millions around the world to spread information instantly over multiple social media channels using high quality video. Rich Klein talked about the technology’s “double edged sword” in that it’s a great tool for corporate communications to have in its arsenal to transmit important company information directly to critical audiences, particularly in a crisis when the media might not be listening or if the media is not being fair/accurate in its reporting. But he also warned that if someone wants to shine a light on alleged or real unethical or illegal behavior inside a company, live streaming is a tool for those adversaries to do serious harm to the reputation of a company, non-profit or government agency.

Rich Klein, president of Rich Klein Crisis Management, is a media relations/crisis communications consultant with more than 30 years of experience in public relations and journalism.

He is the founder/host of The Crisis Show, which launched on YouTube in June 2012 as the first live video educational program focused on crisis management, crisis communications, emergency management and online reputation management. As of January 2016, the show has been seen at least once in 120 countries. The Crisis Show became part of the highly acclaimed FIR podcast network in September 2016.

Over the years, he has secured top tier media coverage for his clients in daily and weekly newspapers, key trade publications, on the major wire services, on television/radio and on influential websites and blogs. He has also advised C-suite executives and middle management on preparing for crisis situations and protecting corporate reputation when a crisis event hits.

He is a veteran of the PR agency world and worked in senior legal public relations positions at Rubenstein Associates, Magnet Communications and Beckerman PR.

To receive all podcasts in the FIR Podcast Network, subscribe to the "everything" RSS feed. To stay informed about occasional FIR events, sign up for FIR Update email news.