Why Coachella’s Live 2017 event and their 7 year partnership with YouTube should be an inspiration to communicators who are thinking about creating a complex live streaming event.

This episode of Youtubular Conversations started out as a live stream on my YouTube channel and on my blog TalkingAboutEverything.com. Learn more at the bottom of this post.

Coachella is a premier music event that encompasses multiple acts, on multiple stages, on multiple days  – far more complex than any typical live event, such as my recording of this podcast.

YouTube’s Coachella Live is one of their biggest events. Anyone viewing Coachella’s “LIVE” YouTube Page can see that the user experience is worthy of this event and the 7 year length of the partnership between YouTube and Coachella.

For the first time ever you’ll even get a sneak peek inside the famous underground dance music Yuma tent
– Ali Rivera, Head of Artist Partnerships, YouTube

In the official YouTube Blog Ms. Rivera points out, “This year, with select acts also available in Live 360. Music fans from around the world can tune-in to Coachella’s YouTube channel from April 14-16, on any screen (desktop, mobile and living room).”

While I don’t own any VR gear — the increasing prevalence of VR content on YouTube is certainly encouraging me to consider buying some; I generally don’t do well when watching immersive entertainment – which is why I have avoided it previously.

If you are wondering how the scheduling works, Ali notes, “The livestream channels will automatically change to your favorite artists based on your selection. And if you turn on notifications for artists you subscribe to, you’ll get a note when they go live.” 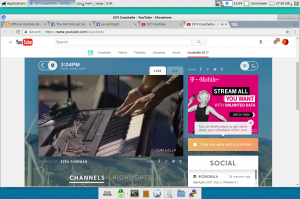 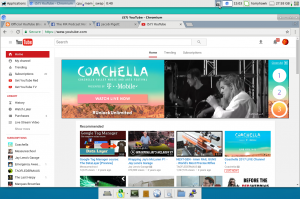 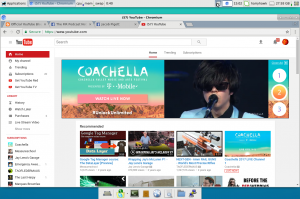 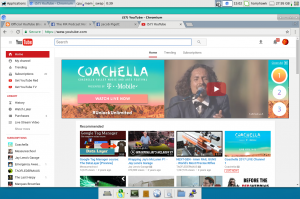 I’d love your feedback on this or any other episode of Youtubular Conversations. You can reach me on Twitter @hhawk or through this web site. If you watched any of Coachella “Live” on YouTube i’d love to hear about your experience.

This episode of Youtubular Conversations started as a Live stream on YouTube.. visible from on my YouTube channel. My TalkingAboutEverything.com web site also has a “YouTube Live” page — all my live streams appear there as well.