You are here: Home / News / All-star panel set for debut of “For Immediate Release” 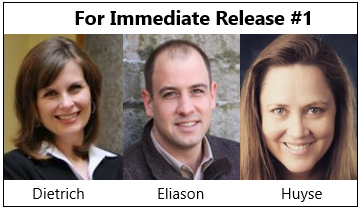 The panel is set for the premiere episode of “For Immediate Release,” the weekly podcast that replaces “The Hobson & Holtz Report.”

Joining me for conversation about the news, trends, issues, and reports that surfaced during the previous week will be…

For Immediate Release” will follow in the footsteps of its predecessor show, “The Hobson & Holtz Report,” recording and publishing every Monday. The hour-long (or so) show will also include reports from correspondents Dan York on technology and Michael Netzley on communications news and issues in Asia. Dan’s and Michael’s segments were regular features of “Hobson & Holtz.”